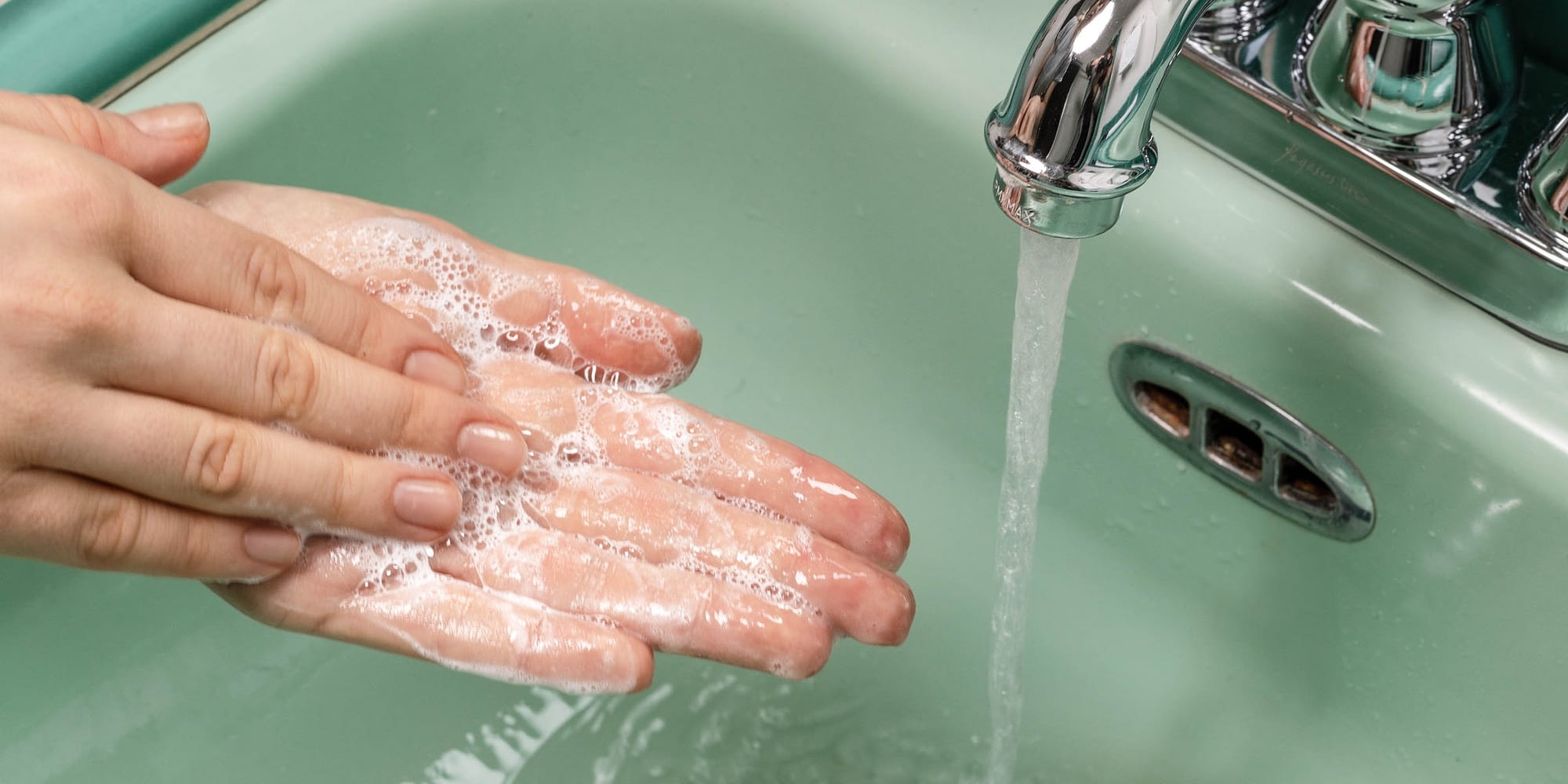 We all know that soap is good for cleaning. But how does soap actually work? Does soap also kill bacteria and viruses?

Soap as a surfactant

Soap is a natural surfactant. As such, it’s main purpose and function is to clean and remove dirt from different surfaces. Soap works in two main ways. Firstly and most importantly, it binds with itself oils and other otherwise insoluble particles making them soluble and easily removable with water. Secondly, soap can also destroy some viruses and bacteria by breaking through their fatty outer layer and literally ripping them apart.

Surfactants have the ability of lowering the surface tension between two or more different surfaces (different liquids, liquid and gas or liquid and solid), making otherwise insoluble particles soluble. All matter is made of molecules. Essentially, there are two types of molecules – water loving or hydrophilic (water and other molecules soluble in water) and water repelling or hydrophobic (oils and other insoluble molecules). Hydrophilic and hydrophobic molecules do not mix with each other (pretty much the same way as oil and water do not mix with each other).

Soap molecules (like other surfactant molecules) have a special structure. The one end (the tail) of the molecule has a water repelling (hydrophobic) component, while the other end (the head) has a water loving (hydrophilic) component. This characteristic gives soap the ability to connect with both, hydrophobic and hydrophilic molecules. With its hydrophobic ends attached to the insoluble particle and hydrophilic ends attached to soluble particles, the soap molecules form a special ball-like structures called micelles, which encapsulate the insoluble particle inside its structure making it soluble and easily removable with water.

Soap against bacteria and viruses

Not only does soap physically remove the bacteria and viruses, but it also has the ability to kill them (at least some of them). Many bacteria and viruses have outer membranes made of lipids (fats). Soap molecules connect with their hydrophobic and fat-loving tails with the lipids in the membrane and dissolve them, essentially killing the bacteria or making the virus inactive. The remaining particles are then encapsulated into micelles and washed away with water.

So you have it! Due to it’s special chemical composition and properties, soap is an effective means to cleaning our hands and bodies as well as different surfaces. Not only does it effectively remove dirt, but also has the ability to kill certain viruses and bacteria.

The power of soap and handwashing

Soapaholics.com
Join Waitlist We will inform you when the product arrives in stock. Please leave your valid email address below.
×
×